Dachs Cuckoo is a playful cuckoo clock with a roof that resembles the ears of a dachshund. This roof made of thin metal sheet gives a light touch and demonstrates a modern feel with its outline tracing the window frame. The numbers on the clock highlight the Dachs Cuckoo and the font used is a version of Broadway arranged to fit the outline of its face. This clock is available in three wonderful colors. 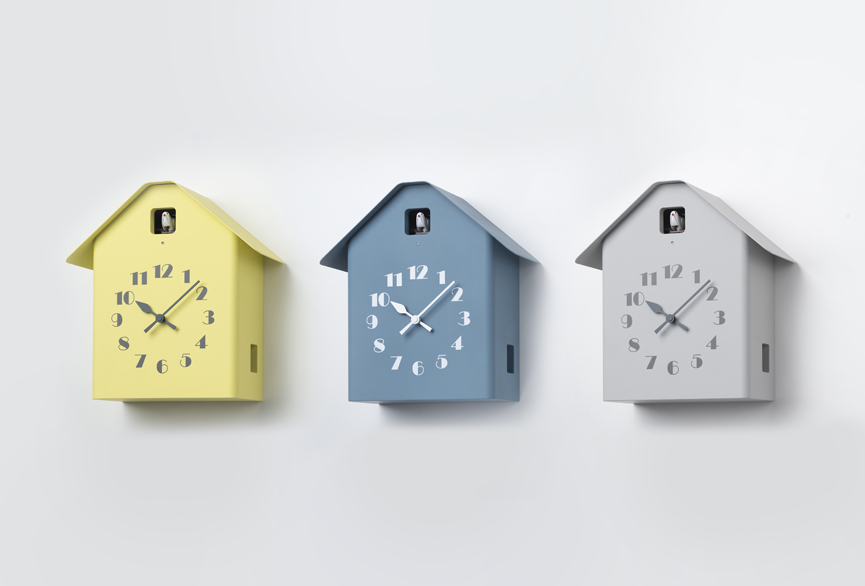 Gray complements any interior, blue has a calming effect on the space, and yellow adds vividness to the room as an accent. While maintaining simplicity, Dachs Cuckoo has refined the small details to bring out a certain charm connected with the traditional cuckoo clock. 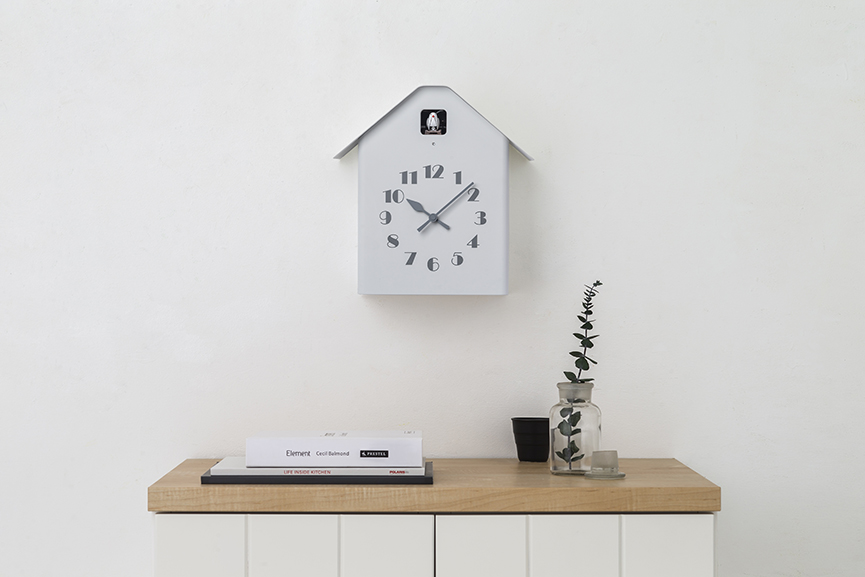 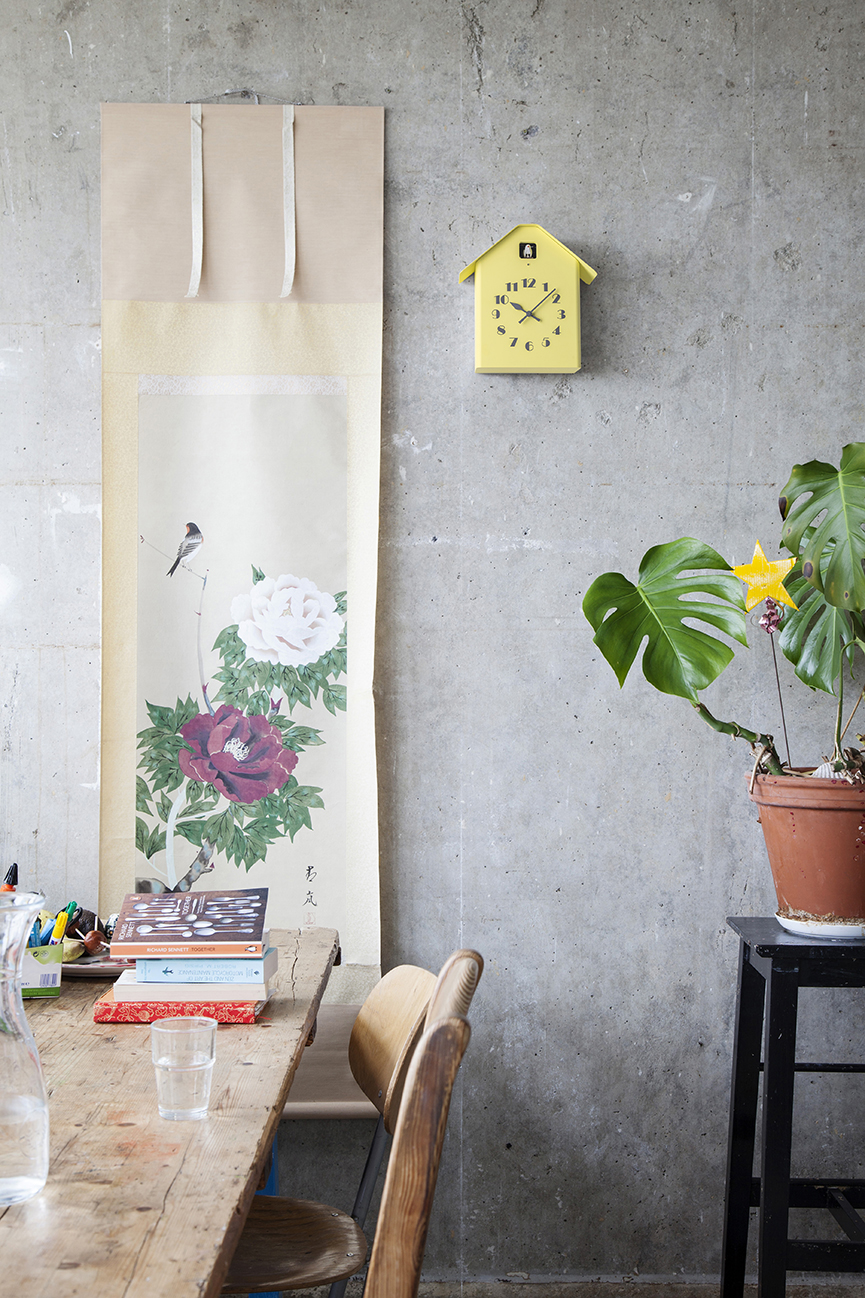 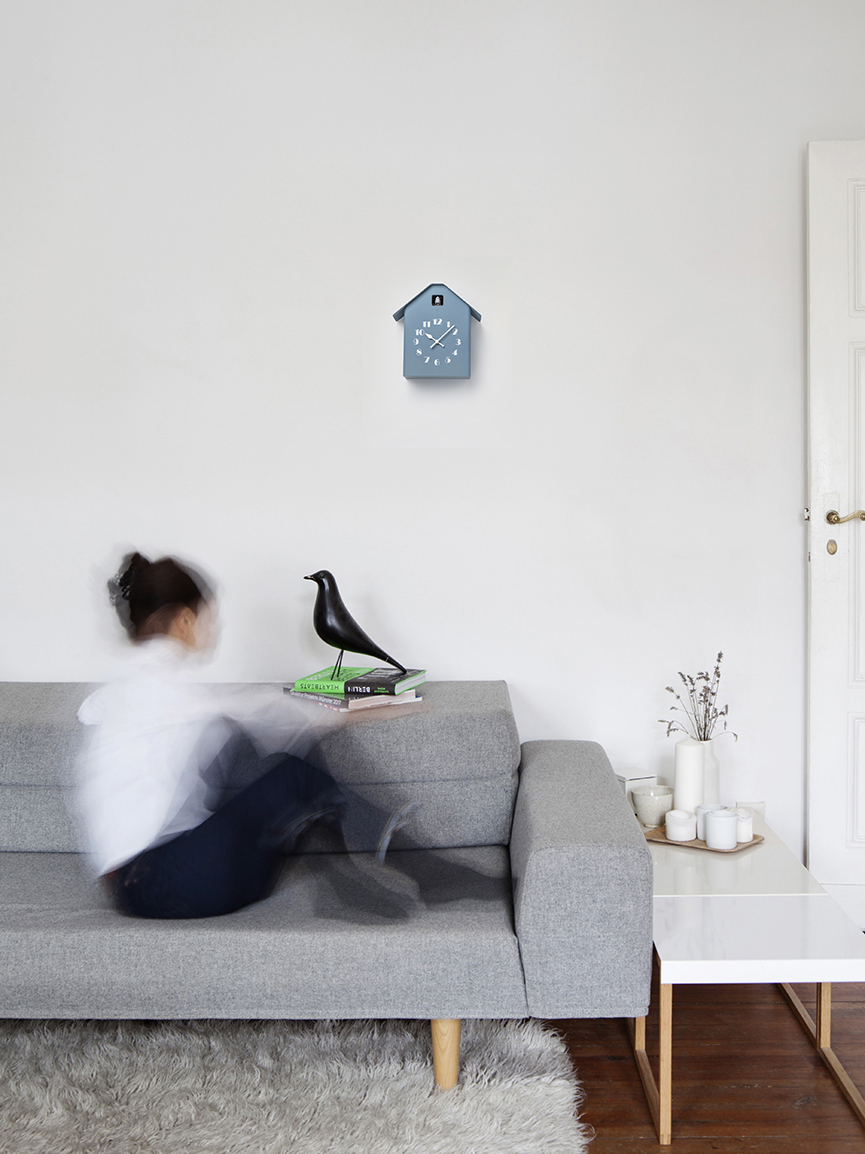 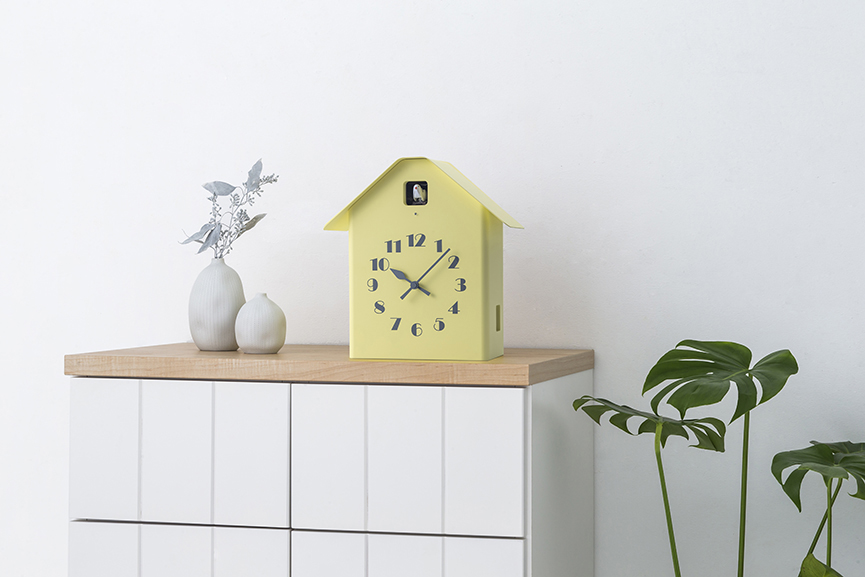 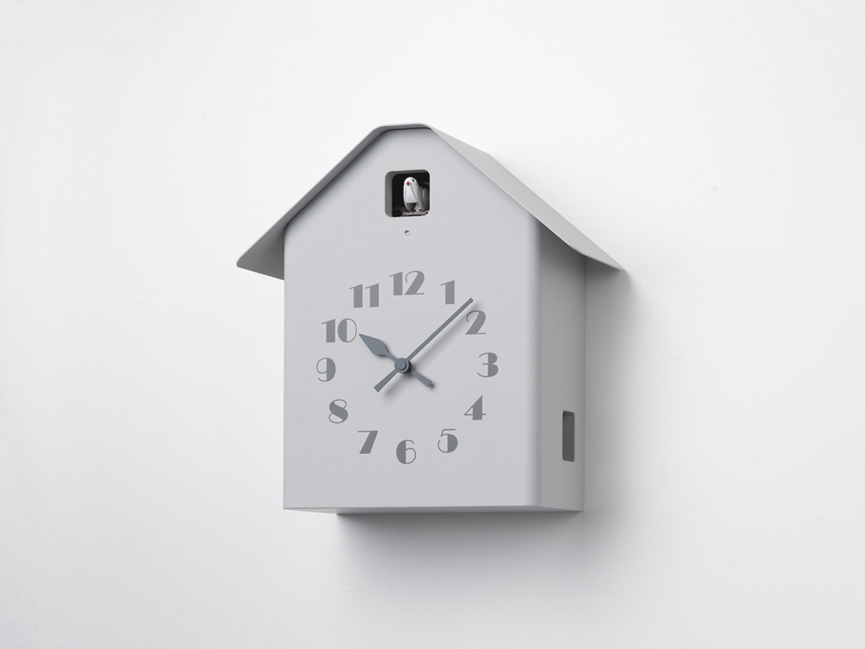